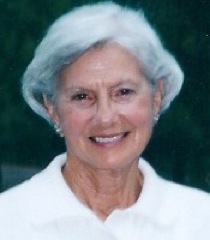 Shirley Dorothy 'Dot' Rooney of Pinehurst passed on July 6, 2011. She was born to the late Frank and Antonette Morris on March 21, 1930 in Darien, CT. She was joined with 3 brothers; Edward (Fonda) Morris and the late Robert and Donald Morris. As a child she excelled in dance and ballet among other activities.
In 1949 Dot married the late, Joseph W. 'Bud' Rooney. Together they raised four children; Mark (Margot), of El Segundo, CA; Todd Rooney of The Woodlands, TX; Sandra (Chuck) Chenet of Clarkston, MI; and Scott (Linda) Rooney of Livonia, MI. She adored her nine grandchildren; Jonathan, Jay, Steven, Patrick, Kevin, Flynne, Brendan, Katy, and Megan. They lived together in many parts of the country; Connecticut, Maine, New York, Michigan, Pennsylvania, and California before retiring to Pinehurst.
In addition to being a loving daughter, sister, wife, mother, grandmother, and friend. Dot enjoyed learning and volunteering. At the age of 60 she completed her associates degree, was a three term past president of the St. Joseph of the Pines Guild where she worked diligently on various projects. In appreciation for her volunteerism with the guild there is a garden with the Healing Christ statue dedicated in her honor.
In 1995 Dot married Walter 'Mac' McManus. Together they remained active in the area with many friends.
Entombment and committal will be at 11:00 AM, Tuesday, July 12, 2011 at Pinelawn Memorial Park Mausoleum followed by a memorial service at 12:00 PM in the Chapel at Belle Meade conducted by Father John Nicola and Father Robert Shea. Following the service there will be a reception at Belle Meade.
Memorials may be made to: St. Joseph of the Pines Guild, 100 Gossman Drive, Southern Pines, NC 28387 or the Alzheimer's Association P O Box 96011 Washington, DC 20090-6011.
Powell Funeral Home & Crematory in Southern Pines is assisting the Rooney family.