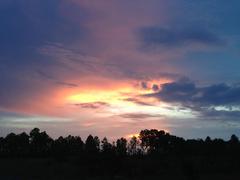 Stanley was a native of Moore County. He graduated from High Point College with a Bachelor's Degree, and from UNC Chapel Hill with a Masters Degree in Psychology. Stanley had a brilliant mind and was a lover of literature and music.  He was a much loved father, uncle, brother, friend and more. Stanley was a son of the late Roy Carlton Cagle and was preceded in death by daughter: Amelia Jane Cagle.