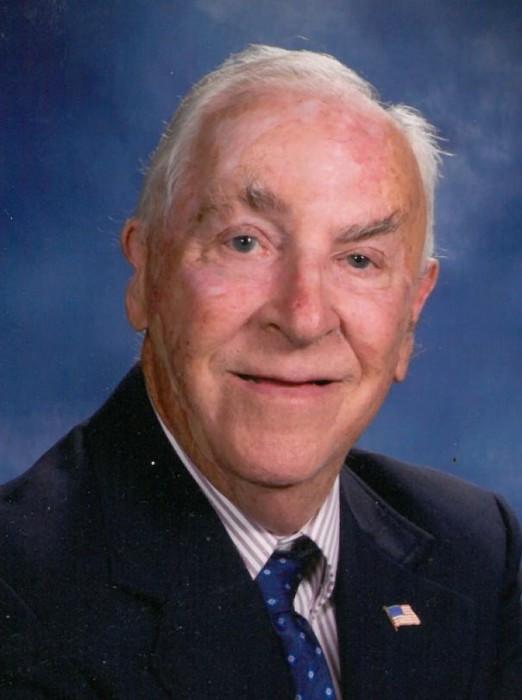 He was born November 17,1928 in Shrewsburg, NJ. His family moved to Southern Pines in 1932 when Steve was 4 years old. He graduated from Southern Pines High School and attended Duke University for several years. Steve worked for his father, a civil engineer, putting in water and sewer systems in many North Carolina towns. After his father retired, Steve started in newspaper delivery and had the opportunity to introduce delivery of USA Today newspaper to the Sandhills.

Steve will be lovingly remembered for the example he set as a husband and a father, his sense of humor and his generosity. Their vegetable garden kept him active even as his health declined. He was a devout member of St Anthony’s Church as well as the Knights of Columbus, achieving fourth degree; and served a term Grand Knight.

A memorial mass will be 1:00 PM Saturday at St. Anthony of Padua Catholic Church. Burial will be at a later date in Mt. Hope Cemetery.