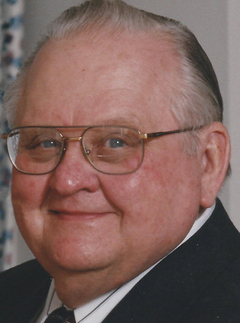 Straud Jackson (Jack) Davis, 86, died of natural causes at Reid Heart Center in Pinehurst on January 3, 2016 surrounded by family. A memorial service will be held on Wednesday, January 6, 2016 at Powell Funeral Home in Southern Pines, NC conducted by the Rev. Archie Stevens.  The family will be available for visitation at Powell from 4:00 pm to 5:00 pm.  The service will start at 5:00 pm followed by hors d'oeuvres across the back patio to the Bell Tree Tavern. Jack Davis was born in Jane Lew, WV on January 29, 1929 to Ray and Opal (Butcher) Davis and grew up during the Great Depression.  Davis was a descendant of Stonewall Jackson’s uncle, David Jackson.  Jack attended the prestigious Central High School in Philadelphia and met Franklin Delano Roosevelt when he worked as a paper boy.  He graduated from the Virginia Military Institute in 1951 with a degree in Electrical Engineering and joined the United States Air Force, which sent him to study meteorology at Penn State.  Davis served as commanding officer at a radar base in Hokkaido, Japan where he monitored cold war military maneuvers and thwarted a local communist insurrection with no loss of life.  He attributed his military success to a master sergeant, who Davis always praised for teaching him how to lead. After separating from the Air Force, Jack Davis worked on monitoring the effects of atomic bomb explosions in Nevada for Westinghouse.  Later, he joined RCA and invented the technology to use automated switching instead of live switchboard operators and revolutionized telecommunication. In the early 1970’s, he designed the technology to allow transcontinental satellite communication and designed the internal technology for Satcom, one of the first transcontinental telecommunication satellites.  During the 1960’s and 1970’s, Jack was a pioneer in promoting workplace diversity. Later in his career, Jack designed building wiring and telecommunication plans for major Wall Street financial companies including Merrill Lynch, Morgan Guaranty Trust, and 5 World Trade Center. Survivors are his wife of 55 years, Laverne Brady Davis; children Elizabeth Brady Davis, Julia Kathryn Davis and husband Kevin Oshinski, Jonathan Jackson Davis and spouse Rebecca Boucino Davis; grandchildren Alexander Brady Thierer, Samantha Rose Davis and Emily Kathryn Davis. Memorials can be made to the charity of your choice. Powell Funeral Home and Crematory is serving the Davis family. Condolences: PinesFunerals.com