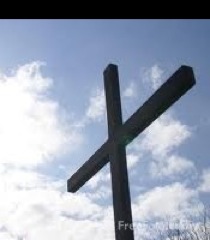 Timothy 'Timbo' Wayne Chalflinch, 54, entered Heaven peacefully on Friday, July 19, 2013, surrounded by his family, at FirstHealth Hospice House, Pinehurst, NC.
Funeral Service will be held at 4:00 PM, Sunday, July 21, 2013 at Calvary Baptist Church, Robbins, NC, where he was a member, with the Reverend Dr. Bill Cooper, Reverend Brad Harrison, Reverend Robert L. Kidd and Reverend Eldon Hinegardner officiating. Burial will follow in the church cemetery.
Timbo was a kind and caring man who loved everyone and was a friend to all. He was a loving husband and uncle. A native of Guilford County, and a past member of the Robbins Rescue Squad, he worked for many years as a paramedic with FirstHealth of the Carolinas and later with Speer Concrete. He also owned/operated his own business, Timbo's Pressure Washing. He loved his dogs, camping and baseball. He served His Lord and Church as Deacon, Sunday School teacher and on many other committees. Timbo was a son of the late Ben and Evelyn Richey Chalflinch. He was preceded in death by brother: Michael Chalflinch.
Timbo is survived by his wife of 31 years, Karen Purvis Chalflinch; sister: Linda Daggerhart and husband Phillip, of Carthage; brother: Patrick Chalflinch, of Robbins, several nieces, nephews.
The family will receive friends from 6:00 to 8:00 PM on Saturday, July 20, 2013 at Kennedy Funeral Home and at other times at the home.
Memorials may be made to FirstHealth Hospice Foundation, 150 Applecross Road, Pinehurst, NC 28374.
Kennedy Funeral Home is assisting the Chalflinch family.
Online condolences may be made at www.pinesfunerals.com