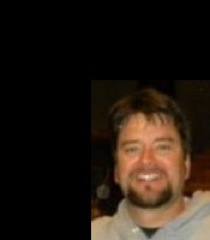 Todd Wesley Horner 39, of 2545 Badin Road, died Sunday, October 31, 2010.
Funeral services will be held at 2:00 PM Thursday, November 4, 2010 at Calvary Baptist Church in Robbins, NC with the Reverend Zeb Moss, Reverend Yates Brooks and Reverend Jamie Hinson officiating. Burial will follow in the church cemetery.
Mr. Horner was a native of Moore County and had lived in Stanley County for the last 10 years. He was a graduate of Montgomery Community College and employed by the North Carolina Department of Transportation as an Electronic Technician with the Signal Division. He was an avid motorcyclist.
Mr. Horner is survived by his wife Joy Baldwin Horner, sons: Daniel and Matthew of the home, mother, Cora W. Horner, of Robbins, father and step-mother, Wesley and Betty Horner, of Robbins, sisters: Wendy Lambert, of Asheboro, Susan Smith, of Aberdeen, Renee' Ehlers, of Sanford, Carlotta Scott, of Bear Creek, Robin H. Hoeppner, of Robbins, Judith Hayes, of Robbins, grandparents: Mae and Curtis Kennedy, of Robbins, Sally Horner, of Robbins, mother-in-law, Sallie Cockrell, of Albemarle.
The family will receive friends from 6-8 PM, Wednesday, November 3, 2010 at Kennedy Funeral Home in Robbins, NC, at other times at the home and at the home of Mae Kennedy, 624 Forest Drive, Robbins, NC.
In lieu of flowers memorials may be made to First Bank: Horner Children Education Fund.
Condolences may be made online to www.pinesfunerals.com