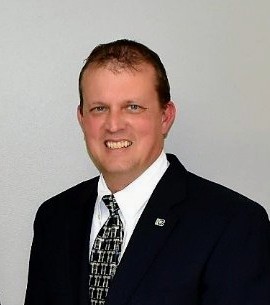 Travis Lee Johnson, 49, of Robbins, passed away on Wednesday, December 7, 2022 at FirstHealth Moore Regional Hospital, surrounded by his family. He went home to be with his Lord and Savior Jesus Christ.

Travis was born on August 21, 1973 in La Crosse, Wisconsin. When he was 9 years old, his family moved to Gillette, Wyoming. At the age of 17, Travis joined the National Guard Reserves. Upon graduating from high school, he enlisted in the United States Army, serving his country for 5 years. For the past 25 years, Travis has worked for the Department of Public Safety as a Correctional Officer, Sergeant, Lieutenant, Correctional Training Specialist, and Correctional Training Instructor. He was a member of the Elise Lodge #555.

Travis is remembered for his kind, generous spirit and always putting others ahead of himself. He was a family man and spent his time away from work enjoying life with his family playing board games, enjoying outdoor activities, occasional trips to the movies, summer road trips, evening meals around the table, and just hanging out in the living room together at the end of the day. Not only was Travis an incredible dad to his own children, he was also a “dad” to their close friends making each one feel like part of his family. The apple of his eye was his three-year-old grandson, Oliver. He looked forward to their weekly “facetime” visits. Travis’ faith was also important to him. He loved the Lord. Over the years, he served as a Sunday school teacher and also helped with the sound system at Browns Chapel Christian Church, where he was a member. Travis was a friend to many and even at the end was still giving to others through the donation of his organs, eyes, and tissue.

Travis is survived by his wife, Lori; his children, Trenton (Jessica), Alexia (David), Noah, and Matthew; his grandson, Oliver; his parents, Arnold and Linda Johnson; his brothers, Darren and Troy (Brooke); his mother-in-law, Becky Brewer; and his nieces, nephews, aunts, uncles, cousins, and in-laws.

Funeral service will be held on Saturday, December 10, at 2 o’clock at Browns Chapel Christian Church in Robbins. Burial will follow in the church cemetery.

The family will receive friends on Friday, December 9, from 7 to 9 at Kennedy Funeral Home in Robbins and other times at the home of his mother-in-law, Becky Brewer at 2785 Spies Road.

Kennedy Funeral Home is honored to serve the Johnson family.