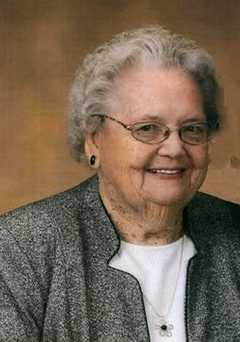 Virginia Patterson Caddell, age 89, a lifelong resident of Carthage died Monday (March 3, 2014) at her home.   Funeral service will be 11:00 AM Friday at the First Baptist Church in Carthage conducted by the Reverends Ray Campbell, Marshall Old and Heath Caddell. Entombment will be at 1:30 PM at the Cross Hill Cemetery Mausoleum in Carthage, N.C.   Born in Moore County she was the last surviving child of the late Dewey and Thelma Gilmore Patterson. Jenny worked alongside her husband for many years at Alex's Exxon in Carthage where she managed the grocery portion of the station and helped keep books. She never met a stranger and was always happy to see friends and family.   She was preceded in death by her husband of 69 years, Alex Caddell, who died in 2012 and sisters, Frances Cockman, Olivia Griffin and her niece, Carlotta Maples, whom she considered a little sister.   She is survived by her children Carol Old and husband Marshall of Elon; Larry Caddell and wife Lisa of Carthage and Andy Caddell and wife Sylvia of Cameron; adopted daughter Elizabeth Howard; nine grandchildren and 15 great-grandchildren. Sister-in-law Dot Moss and husband Jay of Carthage.   The family will receive friends Thursday from 6:00 - 8:00 PM at First Baptist Fellowship Hall and other times at the residence.   Memorial may be made to First Baptist Church, P.O. Box 824, Carthage, NC 28327. Fry and Prickett Funeral Home is serving the Caddell Family.   Condolences. PinesFunerals.com