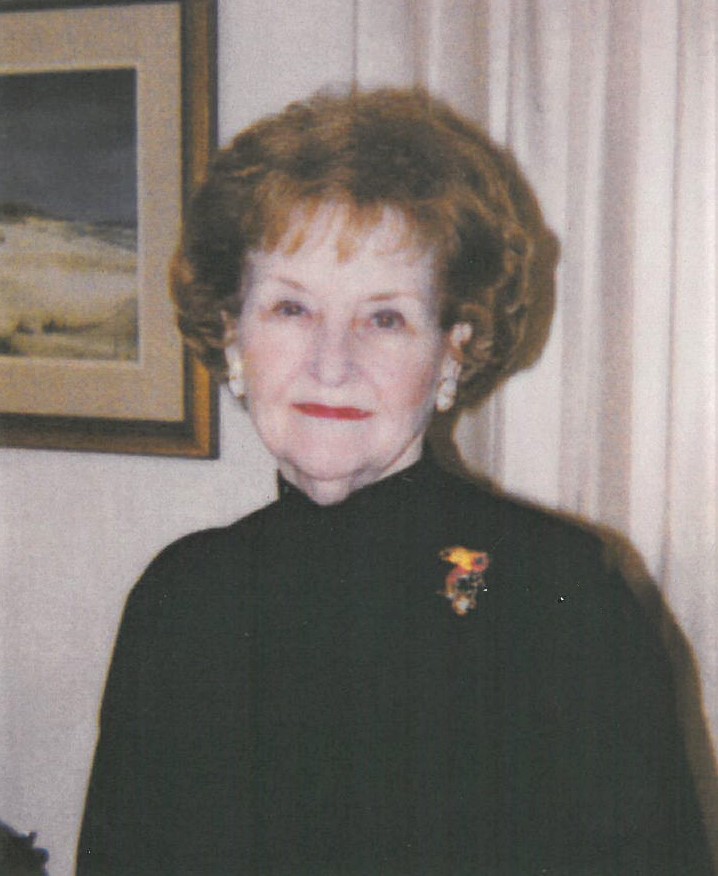 Vivian Irene Kelly Travis, Ph.D., Retired Practicing Psychologist and Associate Professor of Psychology Emeritus of Winthrop University died on July 1, 2020 and left this world a better place. She was a champion of women rights and lived her life with passion and resolve.

Dr. Travis was the daughter of Artie Clarence Kelly Sr. and Gladys Irene Ham Kelly. She was born on November 6, 1926 in Drumright, Creek County, Oklahoma. She graduated from Drumright High School in 1944 from Northeastern State College (now Northeastern State University in Tahlequah, Oklahoma) with a Bachelor of Science in Education. She then obtained a Masters of Science and Psychology in 1966 and Doctor of Psychology in 1975 from Oklahoma State University.

Throughout her career, she lived in Charlotte, NC from 1966 to 1991 with her husband, Dr. Vaud Ancil Travis, Jr. while raising 4 children. She was on faculty at Winthrop University for 20 years and had a private practice in Charlotte for 10 years. Early in her career, she was also a Director of Charlotte-Mecklenburg Clinic for Inner-City Schools and Consultant for NC Vocational Rehabilitation North Carolina Bureau of Prisons for Juveniles and Head Start. She was awarded a Ford Foundation Study Grant (UNC) for Women in Higher Education. In 1985, she traveled and studied in India on a Fulbright Travel and Study Grant.

Dr. Travis was known for her staunch support of women’s rights. She led workshops on Women’s Mental Health Issues in both North Carolina and South Carolina. On a personal note, her daughter saw her mother empower many women in both the home and workplace and helped them find a voice when no one wanted to listen. She even went to court as an expert witness for a woman
where a wealthy ex-husband and new wife wanted to take the woman’s child, claiming she was unfit. The woman kept primary custody.

Mom was an amazing wife, mother and friend. She laughed at naughty jokes, used colorful language when she felt necessary and told the truth whether you liked it or not. She was more interested in what was right than who was right. She taught her three sons to cook, clean and do laundry. There might not be a woman to do it for them. She taught her daughter that she could do anything in the world she wanted; that being a woman was not a detriment to her dreams of happiness and fulfillment.

Her interests were varied. She spent her time genealogical research, birding, national and international travel and an avid student of English, American and Civil War history. She was a member of the Jamestown Society (VA), Daughters of the American Revolution, the East Tennessee Historical Society, the Lost State of Franklin (TN), First Family of Tennessee and First Family of Texas. Mom and Dad retired in Southern Pines, NC. They sold their home and moved to Penick Village in 2006. Mom lived the last 6 years in skilled nursing at Penick with expressive aphasia, a form of dementia. Her beautiful voice was
silenced.

Dr. Travis was preceded in death by her husband of 68 years, Dr. Vaud Ancil Travis Jr. and her sons, Vaud Ancil Travis III and James Lewis Travis. She was also predeceased by her siblings Anita, Cletolee, Dan, A.C. Jr., Jim and Paul. She is survived by her sons Daniel Stuart Travis, Patrick Kelly Travis (Lisa) and daughter Mary Travis Baumgardner (Perry), her 6 grandchildren and 3 great-grandchildren.

We would like to thank the staff of Penick Village Skilled Nursing facility. She loved them and they loved her. It was always a comfort knowing she was cared for when we were unable to be with her. Heartfelt thanks go to Mandy Matson. She was in the room with Vivian and her daughter in her final days. Mom and Dad always referred to her as their “2nd daughter”. Thank you for loving them both these last 40 years. There will be no service. Mom and Dad will be taken home to Tahlequah OK where they met and married to be laid to rest at their request.

Online condolences may be offered at www.pinesfunerals.com