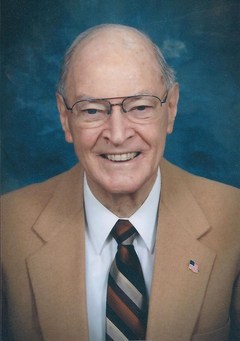 Southern Pines NC Walter Burton “Burt” Grant, 80, of Southern Pines, passed away on Monday, April 7, 2014 after an extended illness. He was born January 18, 1934, in Atlanta, GA to Elvin and Mary Grant, who have preceded him in death. Burt grew up in Wilmington, NC where he attended New Hanover High School and was an accomplished all American athlete playing football, basketball and baseball. Two of his fellow team mates, Sonny Jurgensen and Roman Gabriel, went on to illustrious careers in the NFL. Burt always said that his claim to fame was relegating Sonny Jurgensen to second string. It was rare seven decades ago for a sophomore to start on the varsity, especially at quarterback. Grant’s legacy at Hanover High is of quarterbacking the Wildcats to the state 3A title – the highest classification at the time – in 1951. Burt then went on to attend Georgia Tech in Atlanta, Georgia on an athletic scholarship where he also played and lettered in football, basketball and baseball. During his second, third and fourth year at Tech he received a Rhodes Scholarship. Recipients of this prestigious academic award are chosen not only for their outstanding scholarly achievements, but also for their character, commitment to others and to the common good, and potential for leadership. Notably only 32 young Americans are chosen annually for this award among the 50 states and District of Columbia. Burt graduated from Georgia Tech in 1956 with a B.S. in Industrial Management. Due to his college ROTC obligation, he committed to three years in the Air Force and was stationed at Fort Hickam Air Force base in Honolulu, Hawaii. While there he met Elizabeth “Libbie” Eaton, who was an Air Force flight attendant. They fell in love and married within a year. After three years in the Air Force, Burt and Libbie returned to North Carolina where he began his career with Carolina Power & Light, (now Duke Energy). As Burt advanced through the ranks to Vice President of the Central Division during his career, he and Libbie raised a son and two daughters – Andy, Tammy and Mary. Burt retired with 38 years of service to CP&L, and spent his retirement days golfing, enjoying time with friends, family and four grandchildren, serving as a deacon and singing in the choir at First Baptist Church of Aberdeen, and as Burt put it, “driving Miss Libbie”. Burt is survived by his wife, Libbie; daughter Tammy and husband, D.J. Kazmierczak of McKinney, TX; daughter Mary and husband, Jeff Johnson, grandchildren Haley and Zachary of Huntersville, NC; and son Andy and wife Martha Grant, grandchildren Sarah and A.J. of Pinebluff, NC. The family will receive friends at 7-9 PM on Wednesday, April 9, 2014 at Powell Funeral Home, 160 E. New Hampshire Avenue, Southern Pines, NC. A funeral service will be held Thursday April 10, 2014 at 11AM at the First Baptist Church of Aberdeen, 700 N. Sandhills Blvd., Aberdeen, NC with a graveside service to follow at Bethesda cemetery. The family requests in lieu of flowers that donations be made in Burt’s memory to First Health Hospice and Palliative Care in Pinehurst, NC or First Baptist Church of Aberdeen’s Building Fund. Powell Funeral Home and Crematory of Southern Pines is assisting the family Online condolences at www.PinesFunerals.com