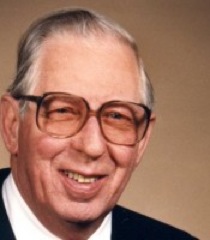 Carthage, NC
Walter H. Spivey, Sr., age 90 of Carthage died Sunday (July 25, 2010) at FirstHealth Moore Regional Hospital in Pinehurst.
Funeral services will be 1:00 PM Thursday at Carthage United Methodist Church conducted by the Rev. Marshall Old, followed by Masonic and Military rites. Committal will be at Lamms Grove Primitive Baptist Church.
A native of Virginia, Walter was born and raised in Madison Heights to the late William W. and Bessie Kessler Spivey. He was a US Navy veteran of WWII and was stationed on the USS Colorado. After his six years of military service he married Mildred Elliot Spivey who died in 2009. Before her death they celebrated 64 years of marriage. They were a very devoted couple and loved each other dearly. Rarely were they ever seen apart from each other.
After settling in Moore County Walter and Mildred operated Carthage Food Store for several years. Later he worked as an inspector for the USDA. He was an active member of Carthage United Methodist Church and enjoyed the men's club. He was a past Master of the Carthage Masonic Lodge and liked woodworking and antiques.
He is survived by: his son Walter H. Spivey, Jr. and wife Jan of Southern Pines; sisters Mozella Wit of Virginia Beach, VA, Carroll Intihor of Hollywood, FL; brother Leonard Spivey of Little River, SC; grandchildren Reid Spivey, Paige Spivey and Evan Spivey.
The family will receive friends at Fry and Prickett Funeral Home on Wednesday from 6:00 - 8:00 PM.
Fry and Prickett Funeral Home in Carthage is serving the Spivey family.
Condolences: www.PinesFunerals.com