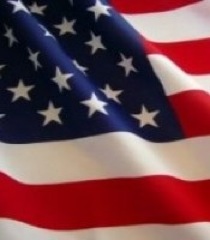 Southern Pines, NC
Walter ('Bud', 'Mac') Keeler McManus, passed away on February 28, 2013 in Southern Pines, NC at the age of 95.
An Entombment will be held at 10:00 a.m. on Monday, March 4th in the Mausoleum at Pinelawn Memorial Park in Southern Pines, NC. A Memorial Mass will be held at 12:00 p.m. in the chapel at Belle Meade with Father Robert Shea and Father John Nicola officiating. The family will receive friends during a visitation at Powell Funeral Home Sunday March 3, 2013 from 4-6pm and at a reception at Belle Meade following the service.
Bud was born in Roselle, New Jersey on November 3, 1917, the eldest of three children of Harry and Mary (nee Sauerbrun) McManus.
He lived in northern New Jersey, most recently in Westfield, for over 60 years before moving to Pinehurst, NC in 1982. Bud was the beloved husband for 53 years of the late June Georgia (nee Beck) and for 16 years of the late Shirley Dorothy (Dot) Rooney (Morris). He was also predeceased by his son, Walter K. ('Buddy') McManus, and his brothers, Harry and Robert.
He was the loving father of five daughters, Priscilla Welter and husband John of St. Louis, MO; Cynthia Crosson and husband Mark of Bedminster, NJ; Melinda Halek and husband Jim of North Wales, PA; Liz Watson and husband Michael of Southern Pines, NC; Jody Widing and husband Bill of Wyomissing, PA; and one son, Mark McManus and wife Teresa of Belmont, NC. One sister, Mary Louise Smithers of Punta Gorda, FL, 15 adoring grandchildren and 10 great-grandchildren.
Mr. McManus started working for The Atlantic Service Co. in 1938, initially working in their Atlanta, GA office. While there, he voluntarily enlisted in the US Army Air Corp in 1942. He was commissioned and became a pilot of C-47s in 1943. He served proudly and valiantly in the European Theater of Operations (ETO), participating in many operations, including the invasion of the south of France, D-Day, Market Garden and the Battle of the Bulge. After the war, he resumed his career at Atlantic Service in Philadelphia, then moved to their headquarters in Brooklyn, NY. He eventually became President & CEO in 1970.
All of the above is simply data or 'stuff'. It doesn't really capture the nature of the person that Dad/Granddad was. The data doesn't describe the kindness, integrity, humility, good humor, generosity and devotion to his family that defined his life. It was those characteristics that guide the actions of his family today and hopefully for generations to come. What a wonderful life he shared with us.
Memorials may be made to FirstHealth Hospice Foundation or FirstHealth Clara McLean House, 150 Applescross Road, Pinehurst, NC 28374 or to a charity of the donor's choice.
Powell Funeral Home of Southern Pines is assisting the family.
Online condolences may be made at www.PinesFunerals.com.