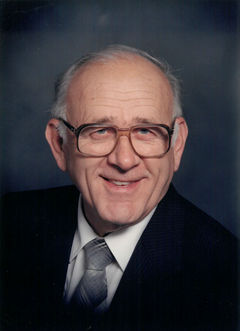 Walter was born in Czechoslovakia and spent his entire career with the Seventh-day Adventist Church as a colporteur, missionary to Africa and later as a publishing director in Canada.

He and his late wife Ursula Tomczak Ruba retired to Cary in 1992 where they joined the Pittsboro Seventh-day Adventist Church. Walter served as treasurer, head elder and Sabbath school teacher for many years.

In addition to his wife, he was preceded in death by his brother Richard Ruba.

He is survived by his children Karin von Maltitz and husband Eddie of South Africa, Norbert "Bert" Ruba and wife Libby of Apex, Gary Ruba and wife Janelle of Martinsville, IN; sister Mary Anne Civric of Germany; eight grandchildren.

Memorials may be made to Pittsboro Seventh-day Adventist Church, P.O. Box 339, Pittsboro, NC 27312.