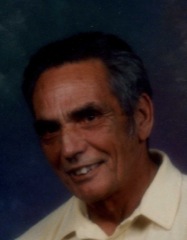 Pittsboro, NC
Wesley E. Stambach, age 71 of 680 Chatham Church Road died Sunday (March 16, 2008) at his residence.
Graveside services will be 3:00 PM Thursday at Lee Memory Gardens in Sanford conducted by Pastor Bob Cundiff and Pastor Ken Blake.
A native of Ohio he was a son of the late Wesley W. Stambach and Ruth Boyles Stambach. Early in life he worked as a colporteur in Ohio. He was a US Airforce veteran where he worked as a lab technician. Following his time in the military he worked as a lab tech in Pittsboro in the old Metissan Clinic. For many years he worked for Service Distributors in Pittsboro and was active in the East Chatham Rescue Squad where he served as Captain. For the last several years he worked with his son at Stambach Heating and Air Conditioning.
He is survived by: his son Rick Stambach and wife Medelia of Pittsboro; step-son Rocky Wright of Sanford; sister Darlene Kennedy of Columbus. OH; former wife Jeanette Durham; grandchildren Melanie and Miriam Stambach.
The family will receive friends at Griffin Funeral Home in Pittsboro from 6:00 —8:00 PM Wednesday and other times at the residence of Ricky Stambach, 790 Chatham Church Road.
Memorials may be made to: East Chatham Rescue Squad, 40 S. Rectory St., Pittsboro, NC 27312.
Fry and Prickett Funeral Home in Carthage and Griffin Funeral Service in Pittsboro are serving the Stambach family. Online condolences may be made at: www.fryandprickett.com.