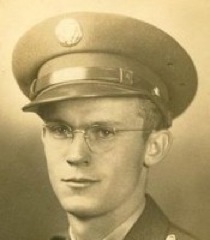 GREENSBORO
Willard Bryan Hill, 90, of Blumenthals died June 22, 2010.
A funeral service will be held in Carthage, NC at the Carthage Methodist Church at 2:00 PM on Friday, June 25th with the Rev. Chuck Plowman presiding. Afterward, a family graveside service is planned. Visitation will be an hour before the service at the Sinclair Christian Life Center 403 McReynolds Street.
W. B. was born in Vance County on October 4, 1919, to the late L. B. and Clara Hill. He was the first in the family to attend college and received a degree in Agriculture from NC State University. After finishing college in 1938, he married Alice Lee Lambeth at ther home in Sanford, NC on December 24, 1942 and they spent their honeymoon night at the King Cotton Hotel in Greensboro. W. B. Served in the Military during WWII. Upon returning home, he started his career as a school teacher in Carthage, NC and after several years went to work for the U.S. Department of Agriculture where he spent his career. He is preceded in death by his wife of 66 years.
W. B. is survived by his daughter, Donna White and husband Terry of Greensboro and son Byron Hill and wife Judy also of Greensboro. Two grandchildren, David Hill and wife, Kristin and Jeremy Hill and wife Christine, and one soon-to-be great grandchild, Evan Thomas Hill. The grandchildren live in Charlotte.
One of W. B.'s main interests outside of family was the Carthage Methodist Church where he served in a number of capacities. He enjoyed socializing with the Fish Club on Friday nights, enjoying many restaurants in the Sandhills area.
A special thanks for the staffs at Verra Springs and Blumenthals in Greensboro for their caring and attentiveness during his later years.
Memorials may be made to the Carthage United Methodist Church, PO Box 70, Carthage, NC 28327.
Fry and Prickett Funeral Home in Carthage is serving the family.
Condolences: www.PinesFunerals.com