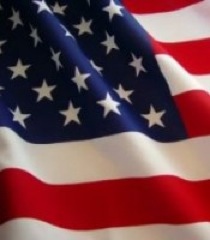 Southern Pines, NC
William Earl Ruckert, 74, died June 2, 2012 at his home.
A memorial service will be held at 3:00 p.m. on Sunday June 10th at his home at 140 Wayland Street in Southern Pines.
Born May 8, 1938 in Warren, MI he was a son of the late Gustave and Ruth Wilson Ruckert and husband of the late Sandra Woodell Ruckert.
Mr. Ruckert was a US Army Veteran of the 82nd Airborne Paratroopers and a retired Grocery Store Meat Department Manager.
He is survived by five daughters, Christine Batten of Pinehurst, Kimberly Ruckert of Vass, Connie Mitchell of New London, Kathleen Russell of Salisbury, and Karen McDonald of Aberdeen, seventeen grandchildren, and four great grandchildren.
The family will receive friends until 7:00 p.m.
Powell Funeral Home and Crematory of Southern Pines is assisting the family.
Condolences may be made to: www.PinesFunerals.com