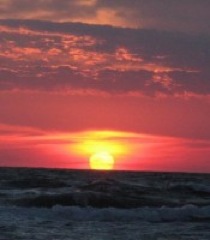 Aberdeen, NC
Winfred McDonald Hartsell, age 77 of Foxfire Road died Tuesday April 30, 2013 at his home.
A memorial service will be held at 2:00 p.m. on Saturday May 11, 2013 at McDonald's Chapel Presbyterian Church conducted by the Rev. Robert Whitehouse. A private burial will take place in the church cemetery. The family will receive friends following the service in the fellowship hall of the church.
A native of Moore County he was a son of the late James and Estelle McDonald Hartsell and was a US Army veteran. Winfred was a lifelong active member of McDonlald's Chapel and was a co-owner and operator of Hartsell and Harvey Builders for many years.
He was preceded in death by: two sons Bryan and Mark Hartsell and a brother Edward Hartsell.
He is survived by: His wife of 50 years Ann Cassidy Hartsell; son Robert Hartsell and wife Jill of Aberdeen, brother Gene Hartsell of Aberdeen and three grandchildren Jenay, Elizabeth and James.
Memorials may be made to: MCDonald's Chapel Presbyterian Church cemetery fund, 1374 Foxfire Rd, Aberdeen, North Carolina.
Powell Funeral Home and Crematory in Southern Pines is serving the Hartsell family.
Condolences: PinesFunerals.com