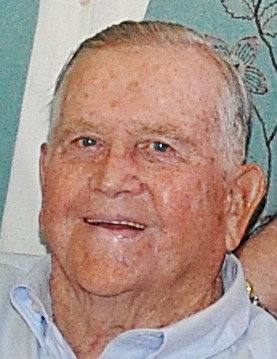 He is survived by six children: Edwin (Ruth), Linda Kearns (Charles), Lynn (Linda), Vicky Strider (Barney), Tommy (Lisa) of Robbins and Darlene Samples (Mark) of Carthage. He is also survived by his daughter-in-law, Pat of Inman, SC.  In addition, he is survived by 12 grandchildren, 16 great-grandchildren, two brothers; Gurney and Elwood, two sisters; Arlene Brewer and Peggy Oakley and many nieces and nephews.

He had a great love for his tractor and requested to be buried with his Red Belly Ford because he joked that he had never been in a hole that the tractor had not gotten him out of.  His pleasure and livelihood for much of his life involved cars which included racing, repairing, towing and selling. He also enjoyed a good day of hunting or fishing.

A visitation time will be held at 2PM on Sunday, December 16 with the service beginning at 3PM at Rock Hill Friends Church with Rev. David Roudabush officiating. Burial will be at Pine Rest Cemetery in Robbins.