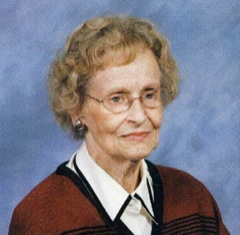 Robbins, NC
Wylene Stutts Kennedy, 85 of 261 Old Plank Road, Robbins died Sunday June 3, 2007 at her home. Mrs. Kennedy was born September 19, 1921 in Newport News, VA the daughter of the late Millard and Fannie Stutts.
Funeral services will be held 11:00 AM Wednesday, at Tabernacle United Methodist Church, with the Rev. Mike Nelson and the Rev. Millard Stutts, Jr., her nephew officiating. Burial will follow in Pine Rest Cemetery. The family will receive friends at Kennedy Funeral Home Tuesday, from 6:00 —8:00 PM
Mrs. Kennedy and her late husband Wayland R. Kennedy owned and operated Kennedy Funeral Home, Inc. in Robbins. She continued the business even after her husbands death working for 67 years, giving love, care and comfort to all those she served. She was a member of Tabernacle United Methodist Church and the Tabernacle United Methodist Women. She was very active in her community serving on various boards including: the Board of Directors of First Bank for many years, Board of Directors of the Moore County Chamber of Commerce and the Moore County Senior Center. She belonged to the Order of the Eastern Star, Robbins Chapter #283, Robbins Women's Club and was active in the Lions Club. After the death of her husband she established a scholarship fund for North Moore High School in his memory.
In addition to her husband she was preceded in death by: brothers Edward, Eugene and Charles Stutts; a sister Shirley Stutts.
She is survived by: a sister Flora Ritter of Pinehurst; sister in law Betty Stutts of Robbins; nieces Laura Stutts of Pinehurst, Suzanne Stutts Craven of Southern Pines, Jeannie Hare of Asheboro; Melissa Graves of Madison, MS, Sara Stutts of Laurinburg and Evelyn Stutts of Star; nephews Rev. Millard Stutts, Jr. of Caldwell, TX, Greg Stutts of Wilmington, Steve Stutts and Todd Stutts of Robbins, Roger Ritter of Whispering Pines, Danny Ritter of Lewisville and Bobby Ritter of Lake Tillery.
Memorials may be made to: Tabernacle United Methodist Church, P.O. Box 395, Robbins, NC 27325 or FirstHealth Hospice Foundation, 150 Applecross Road, Pinehurst, NC 28374.
The staff's of Kennedy and Fry and Prickett Funeral Home are assisting the Kennedy family.
Online condolences may be made at www.fryandprickett.com.